Try a unique train at the Ambarawa Railway Museum

Trying a Unique Train at the Ambarawa Railway Museum – The Ambarawa Railway Museum was once a train station from the Dutch East Indies that had triumphed with complete equipment in its era. Now, this former station has been transformed into an interesting place and has become one of the leading historical attractions in Ambarawa City, about 20 km from Semarang City.
Before becoming a museum on October 6, 1976, the location was known as the Willem I station. Now, the station is no longer operating, but has been converted into a steam locomotive preservation area.

Yes, only in this museum visitors will see two steam locomotives that can still run properly. Namely Locomotive B2502 and B2503 made from Maschinenfabriek Esslingen as well as B 5112 made by Hannoversche. The steam train has serrations and is somewhat unique. The B2502 train is one of the 3 historical trains that are still functioning and in the world. The remaining two are in India and Switzerland.

As a historical tourism object, the Ambarawa Railway Museum has many interesting collections. Among them are various types of locomotives ranging from the B series, C series, D series to the large CC series. In addition, there are also a number of antiques such as the Morse telegraph, telephone and other old school communication tools. Ticket machines, counting machines, old train lines, and a number of equipment related to trains such as bells and whistles are also on display and are still well maintained. 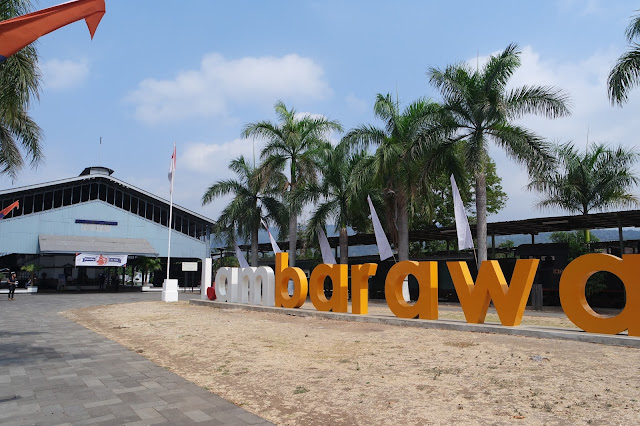 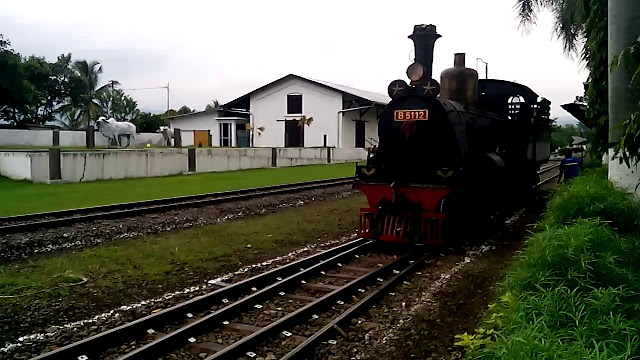 Thus the impression of being gloomy and boring will not be found when visiting this location. Plus a number of collections that are laid out in the open, beautiful and clean. So, if you are in Semarang or Yogyakarta, don’t forget to take the time to visit Ambarawa Railway Museum.

Ticket prices and facilities for the Ambarawa Railway Museum

To enter this one tourist attraction, visitors are charged a very affordable rate, which is around Rp. 5 thousand per person. If you want to enjoy tourist train facilities, there are additional rates as follows:
· Tourist train for one person Rp.50 thousand
· Tourist train for groups of around IDR 7 million per car with a capacity of 40 passengers.

Along the way, you will be invited to enjoy the beautiful natural scenery. Starting from the green valley around Mount ungaran da merbabu, rice fields, fields and marsh swamps. The duration of the trip is approximately 45 minutes round trip.

If you want to take the tourist train, it is advisable to arrive early and buy a ticket before going around the museum. This train has quite a lot of enthusiasts so tickets run out quickly. Even sometimes the train cars look crowded, but there is a joy and cheerful atmosphere inside.

However, if you run out of tourist train tickets, you can also try the lorry which is only enjoyed by entering the carriage. The rate charged is around Rp.10 thousand per person. If you are tired, here are also many seats available like other trains, toilets, places of worship and so on.

Routes and Transportation to the Ambarawa Railway Museum

This museum is located at Jalan Stasiun No. 1, Ambarawa, Semarang Regency. To visit there can be reached by private vehicle or public transportation. If using a private vehicle, you can choose an alternative route as follows:

· From Semarang. Head towards Ungaran in the south – Bawen T-junction – turn right towards Tugu Palagan Ambarawa – then turn right and walk about 100 meters from Yogyakarta. Go straight towards Semarang until you meet the Palagan T-junction – turn right and walk about 100 meters to the museum.
· From Solo. You can take an alternative route and stop behind the museum, the route is through Blotongan – Banyu Biru – then Ambarawa. Or via the Salatiga – Tuntang – then Ambarawa route.

For those of you who use public transportation, quite a lot of vehicles are passing around the museum and are easy to find. You can choose to use a taxi or use a bus, but you have to transit or shift the vehicle several times. You can walk or take an angkot for about 100 meters to the Ambarawa Railway Museum. The benchmark is to stop at Moumen Palagan.