Togean Islands National Park Tourism, the Most Beautiful Tourist Place – One of the Most Popular Marine Tourism Destinations in Indonesia has been known for a long time, the Togean Islands is a National Park which consists of 2 Ecosystem areas in the form of an Ocean with an area of ​​292 thousand hectares and with a plain area of 70 thousand hectares located in Tomini Bay, Central Sulawesi. For those of you who want to enjoy the beauty of the Natural Landscape and also a variety of marine life, the National Park is perfect for you to make your vacation destination, besides that the National Park is also located in a location that is quite far from the hustle and bustle of boring and chaotic city life.

The Togean Islands are included in the Tomini Bay Cluster and are surrounded by more than 50 small islands, and there are also several islands that are very well known in the world of tourism such as Una – Una Island, Malenge Island, Talatakoh Island, Batudaka Island, Waleakodi Island, and Waleabahi Island.
What’s interesting about the Togean Islands is the mangrove forests and coastal seagrass beds in the form of beach grass as a source of food for marine mammals, dugong or better known as dugong. In Togean Islands You can also find some rare turtle species such as green turtles and hawksbill turtles which add to the beauty of the beaches around the Togean Islands. You can find some things that you rarely encounter in other tourist places, one of which is mangroves, there are 33 types of mangroves that grow in these islands, 19 types of true mangroves and 14 types of mangroves. of which 33 mangrove species are grouped into 21 families and 26 genera. 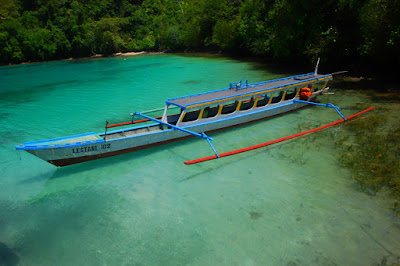 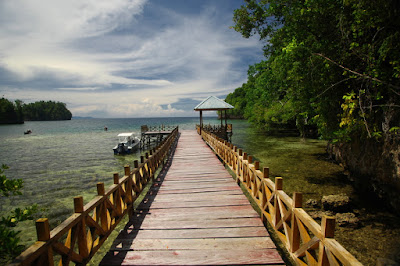 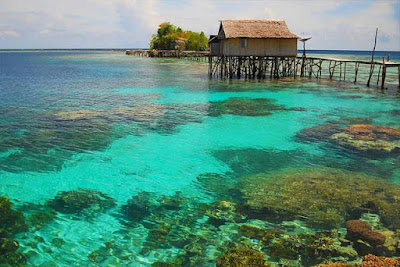 You can enjoy the Underwater Nature of the Togean Islands by diving or snorkeling, you can also see the beauty and wealth of the underwater world and meet a variety of very rare fauna and coral reefs such as the Giant Kima Pilot Whale or commonly called Tridacna gigas, Lola or Trochus niloticus, reef sharks, manta rays, travelly fish and many more. that’s just around the shallow sea, if you dive in the deeper sea you can find 596 species of fish, 555 species of molluscs, and 262 types of coral reefs. Our country is really rich, right? You can find not only the types of marine animals here, Guys, but various other animals such as birds, monkeys, monitor lizards, and so on, which are included in rare and protected species in Indonesia, you can find when you are there.

To get to the Togean Islands if you take the route from Jakarta, you can use a Domestic Airplane to Palu, then from Palu Airport you can rent a taxi to get to Ampana at a rate of around 50,000, then from Ampana you continue to Togean. For tourists who want to find lodging, in the Togean Islands there are lots of inns such as tourists and cottages with rates of around 150 thousand to 400 thousand per day. How are you guys? interested in enjoying the beauty of the Underwater Paradise in the Togean Islands National Park? It is better if you bid first when using the Transpotration service there. so that spending can also be more controlled. Happy Vacation Guys!