Maribaya Hot Springs Bandung and Its Origins, the Most Beautiful Tourist Attractions – Bandung is the capital of West Java known as Paris Van Java Indonesia. No wonder this city is a tourist destination for tourists from Jakarta because of the short distance and the temperature is also cooler. This city is always full when the holidays arrive, especially because Bandung is famous for its Kawah Putih and Trans Studio which are favorite tourist attractions. Not only that, Bandung also has other natural attractions that are suitable for you to visit on weekends. One of them is Maribaya Bandung Tourism Park. The following is tourist information Maribaya Hot Springs in Bandung, West Java. 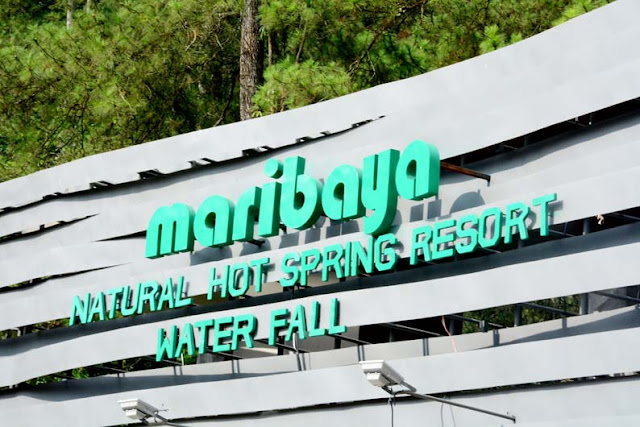 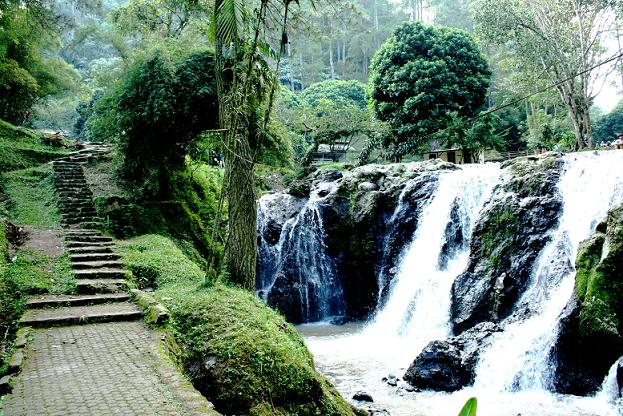 Maribaya waterfall is part of the Forest Park Ir. H. Djuanda, which is located on Jalan Maribaya, Lembang, West Bandung. You only travel about 15 km from the city of Bandung or approximately 5 km from the east of Lembang.

The road to the location of the waterfall is paved and very comfortable to pass by vehicles. This waterfall can be accessed using public transportation, namely taking an angkot from the Lembang area to the Maribaya location. After traveling for about 5 km, you will arrive at the Maribaya Bridge. Meanwhile, for those of you who use private vehicles from the direction of Jakarta, you can take the Cikampek – Cipularang – exit at Sadang. Then, from Sadang – Subang – Ciater – Lembang.

Maribaya Bandung tourist sites are open from 8 am to 4 pm. The entrance fee is only 8,000 rupiah per visitor. If you want to take a bath in a hot spring, you will be charged a separate fee of 5,500 rupiah for adults and 2,500 rupiah for children.

At the foot of Mount Masigit, there is a small village that finds two rivers. In this village, there lived a woman who had a beautiful child named Maribaya. Her beauty is a source of excitement for men. His parents were afraid of calamity on his family, so Maribaya’s father decided to meditate on Mount Tangkuban Perahu for the purpose of looking for wangsit.

Upon his return from the hermitage, Grandpa Raksa Dinata, who was none other than Maribaya’s father, carried out the wangsit to spill the bowl. Then, come out of the hot springs that contain sulfur.

The hot springs were developed by Eyang Raksa in 1835 which made visitors come for recreation or treatment. Previously, Grandpa only wanted to avoid bloodshed because of his son, but instead he got a blessing in the form of income from visitors who came.

What can be done at Maribaya Hot Springs

You can visit several interesting locations in Maribaya. Maribaya Waterfall is the first location that you can’t miss. This waterfall is still very natural with a background of trees that makes you feel serene.

Locals usually call this Maribaya waterfall as Curug Omas. The height of this waterfall is approximately 30 meters. Near this waterfall, two bridges have been made that make it easy for visitors to enjoy the beauty of the waterfall without having to be afraid of getting wet.
You can also enjoy the beauty of Maribaya waterfall up close by taking photos on the giant rocks under the waterfall. However, a change of clothes must be prepared because it is certain that you will get soaked with the splash of water.

Around the Maribaya waterfall, you can also lay out a mat while eating lunch with family or friends. Joking with the closest person is even more fun accompanied by the sound of water and cool air, as well as the gentle breeze. If you don’t bring your picnic preparations, then you don’t need to worry because there are also mat peddlers there. They can also be asked for help to order food at local stalls.
Apart from that, you can also soak in hot water at Maribaya which is believed to cure illnesses. While soaking, you can enjoy the delicious roasted corn and grilled sticky rice.

For those of you who like to walk while enjoying the open air, then you can try trekking at Djuanda Forest Park. When doing trekking, you can find Dutch caves and Japanese caves. In both caves are free to enter and exit. However, don’t forget to prepare a lighting device such as a flashlight if you decide to enter the cave. This is because you may not be able to walk through this cave without lighting because it is very dark. You can rent a lighting device at the flashlight rental place that is there.

That was the information about Maribaya Hot Springs Bandung and its origins. For those of you who visit Maribaya Bandung, don’t forget to enjoy the delicacy of warm Bandrek which is a typical drink of Bandung city. Stalls in several resting locations provide this drink. Besides that, also taste bala-bala which is the favorite food of the people of Bandung.