The Educational Tour of Tasikmalaya Dragon Village, the Most Beautiful Tourist Place – The Pearl of East Priangan is the name for this exotic city of Tasikmalaya. There are many reasons why you should travel to Tasikmalaya. Nature tourism, culinary tours are equally very interesting to visit. Likewise with historical and cultural tourism, here is still very thickly maintained. One of which is the tourist attraction of Kampung Naga Tasikmalaya.

Kampung Naga in Tasikmalaya maybe for some people it sounds familiar to the ears. But for some people, there must be some who are wondering, what is Kampung Naga? Is the village inhabited by a dragon? Or is there a gathering of dragon lovers? So, to answer your sense of curiosity. Here’s a review of Kampung Naga Tasikmalaya which is well known for maintaining local wisdom and culture.

Kampung Naga is not a village inhabited by a dragon, and it has nothing to do with mythical dragon animals. The name “Kampung Naga” is just a name, this village is the same as other villages in general, but the customs that this village has make it different.

Kampung Naga is one of the ancestral relics that must be preserved. Based on several sources, the history of the existence of Kampung Naga began during the era of Syekh Syarif Hidayatullah or known as Sunan Gunung Djati. This village is inhabited by a group of people who very closely adhere to the customs or culture left by their ancestors.

The uniqueness of Kampung Naga Tasikmalaya

Kampung Naga standing in a valley that is quite fertile, the beauty is still very well preserved, the atmosphere is very cool. This 1.5 hectare village is inhabited by approximately 311 people who are still very strong in adhering to the culture and customs of their ancestors even though they are in modern life like now. In Kampung Naga, Tasikmalaya, there are many Indonesian cultures, especially Sundanese culture, stored here The uniqueness of Kampung Naga Tasikmalaya

In addition, there are several events that characterize Kampung Naga, including:

Kampung Naga This is one of the cultural villages that is often used as the object of sociological or anthropological research.

Arriving at Kampung Naga TasikmalayaYou will find a path that will take you to the area Kampung Naga. the tall trees lined up, the expanse of green rice fields, and the welcome of the refreshing gurgling of water from the long Ciwulang River Will welcome any tourist who comes.

The fresh air, accompanied by the melodious chirping of birds, the refreshing flow of water, to the cool breeze will be your most loyal friends when traveling in this village. You will feel this unusual sensation in Kampung Naga, feeling tired and tired due to work routines that seem to disappear at once. Not only is the welcome from its stunning natural environment, you are also welcomed by the people around Kampung Naga who are certainly very famous for their hospitality to every tourist.

It’s not just the experience you get, in Kampung Naga You will also get new insights and knowledge, especially about the local culture of Tasikmalaya. Its fertile and preserved nature, and the existence of the forest which is highly respected, create complete harmony between humans and the surrounding environment.

The following are the facilities available at Kampung Naga.

Location Kampung Naga Tasikmalaya not far from the main connecting highway between Garut and Tasikmalaya. To reach Kampung Naga, the road is quite easy, even though you have to go through several steps. 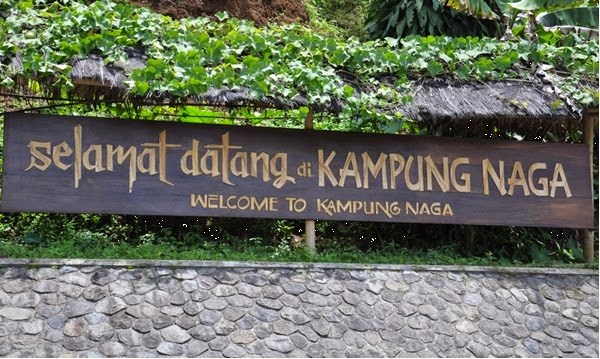 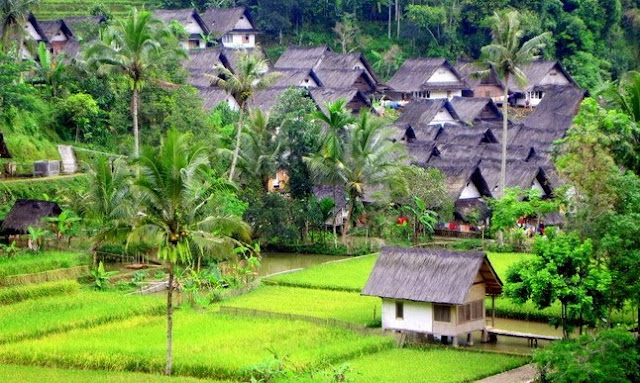 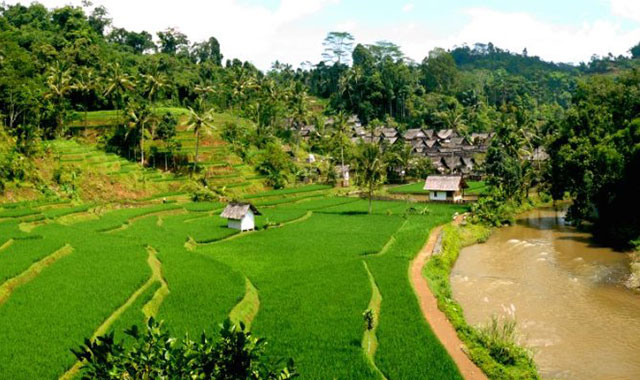 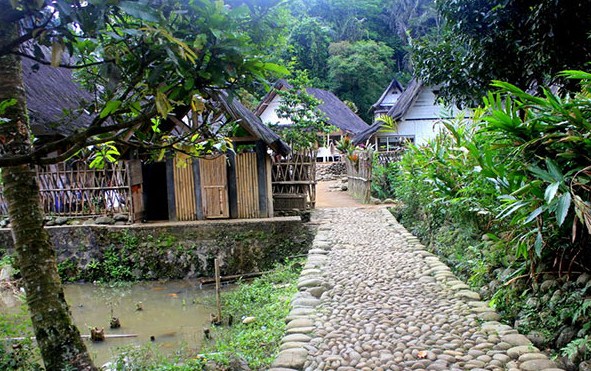 That is a little description of the charm of beauty and cultural tourism Kampung Naga traditional village in Tasikmalaya. Through cultural tourism, you will help preserve the uniqueness of the customs left by your ancestors. For those of you who want to fill your vacation by getting to know various cultures in Indonesia, one of the cities in Tasikmalaya, Kampung Naga can be your choice.