Hang out in the New Pati Alun Alun, the most beautiful tourist spot – Pati Square has long been one of the favorite locations for Pati residents who want to spend time, especially at night. Pati Square used to be filled with hawkers. These traders sell various foods as well as other items such as toys, clothes etc. The existence of this trader is actually beneficial for the people of pati because it can meet the needs of visitors to the pati square. So when you are traveling to the square and feel hungry, you can immediately choose a variety of foods available in the square starting from rice gandul, soto kemiri, soup rice, fried rice, fried chicken, empek-empek Pati etc. The traders who sell there are certainly happy because they can reap profits so they can help the family economy. But on the other hand, the existence of these traders makes Pati Square look crowded and less orderly.

Therefore, the Pati Regency Government took the initiative to move the traders in Pati Square and also the traders along Jalan Jenderal Sudirman. These traders were moved to the area behind the Pesantenan Pati Sports Hall which was transformed into the center of Pati Culinary. The Pati Square, which was empty of traders, was then revitalized. There are various ornaments added around the Pati Square. Various decorative lights were also added to make it look even more festive.

This certainly makes Pati residents curious, what kind of changes will be given to the Alun alun, which is the pride of this Pati community. On the day of the inauguration of the Pati Square, namely on Saturday, November 30, 2019, many Patients attacked the Alun alun to find out the results of this revitalization. The opening of the Pati City square was carried out by breaking the MURI record, namely drinking the most organic coffee in Indonesia. It is recorded that there are about 15,000 people who participated in this record-breaking. This record-breaking was also used by the Pati Regency Government to introduce Pati coffee products originating from the Jolong area.
With a new face, this Pati Square looks like it
what’s the public response? In our opinion, the new face of this square makes the square look cleaner and more luxurious. The best time to visit is at night because at night there are various kinds of decorative lights that decorate the Pati Square. In the eastern area there is a large inscription “Alun-alun Pati”, at night this location can be used as a group photo and if you are lucky at certain times in this place there are people dressed in robotic costumes, upin ipin etc.

Photo of Pati Square at Night 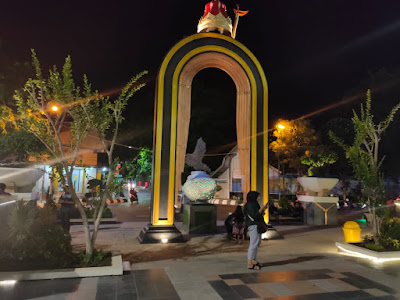 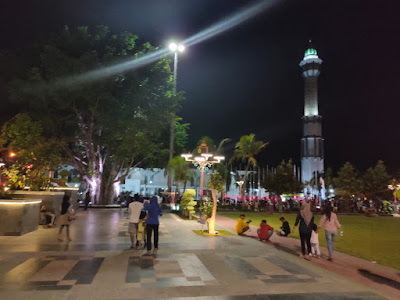 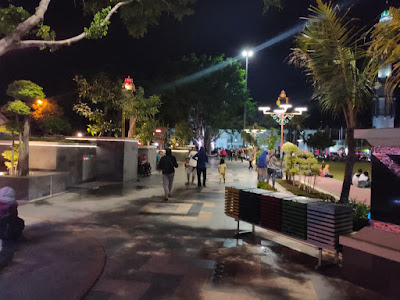 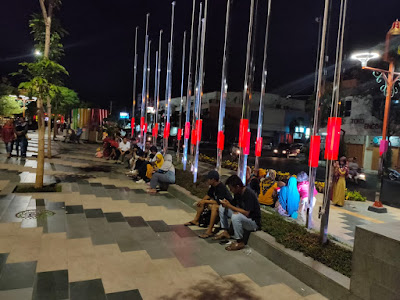 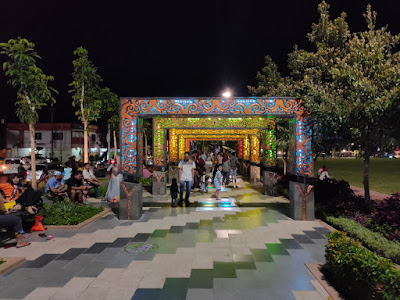 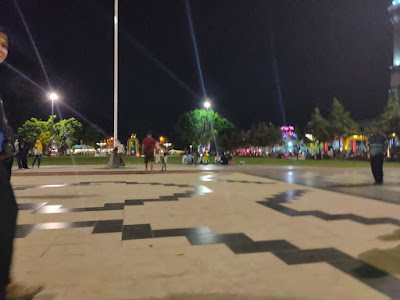 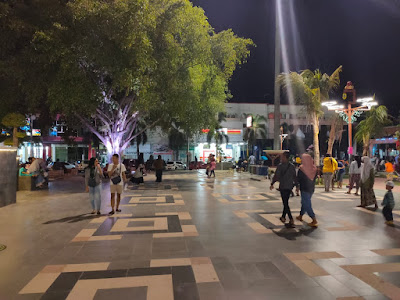 However, if you want to hang out in Alun-alun Pati, get ready if you are hungry, there will be no traders selling like before. This needs to be considered by the Pati Regency Government so that it can provide a culinary center around the Alun-alun so that it can be a place to eat for visitors to the Pati Square.