The Captivating Scenery of Papuma Beach, Jember, East Java, the Most Beautiful Tourist Attractions – Jember is one of the cities in East Java. Even though this city is small, who would have thought that it has many exotic beaches that you can’t miss. Recently, Papuma beach is one of the increasingly famous beaches because it is often used as a favorite destination for tourists for a vacation. Papuma Beach is also known as the White Malikan beach. Here is a little information about Papuma Beach, Jember, East Java, which has a very charming view 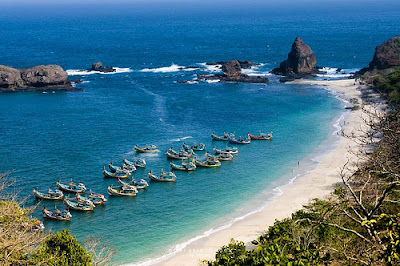 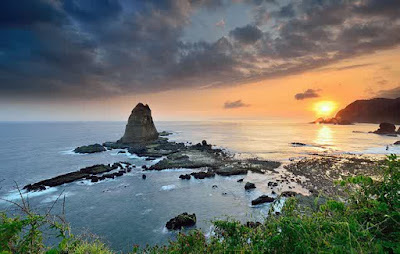 Papuma Beach is about 45 km from the city center of Jember. The location of this beach is precisely in Lojejer village, included in the Wuluhan sub-district, Jember, East Java.

If you come from outside East Java, you can use an airline or train service. For those of you who go out with friends, it is advisable to rent a private car from the city of Surabaya, because Papuma Beach cannot be accessed by public transportation. The car must also have excellent performance because the terrain to the beach is quite steep and it is not recommended to use a sedan.

Visitors are advised to stay overnight because the trip to Papuma beach from the city of Jember takes a long time. Several inns and cottages have been provided by the manager and the prices are quite affordable, which is around 150,000 to 450,000 rupiah. There are also hotels that offer quite complete room facilities with private bathroom and TV. The price is around IDR 70,000 to IDR 100,000 per person. If you want room facilities equipped with air conditioning, you will be charged around 120,000 rupiah and above. Other facilities provided by the manager are prayer rooms, bathrooms, and food stalls that provide a variety of seafood menus.

Papuma Beach holds a mystical story which is still believed by the wider community until now. Behind its beauty, the mystical stories circulating in the community are:

1. The waves on the south coast often take their toll. Papuma Beach is included in a series of southern beaches that have large and ferocious waves, so that many tourists are swallowed up by the waves.

2. Batu Malikan, which is one of the giant stones on the beach, is believed to be Raden Mursada’s place for fishing. And on top of the rock, Raden Mursada accidentally caught a magic fish which turned out to be King Mina and then he released it. In addition, it is said that Joko Samudera’s hook was caught in a giant snake which then split it into three parts.

The beauty of Papuma Beach

Before entering the Papuma Beach area, visitors are treated to a panoramic view of the teak forest, this teak forest is the main road to enter this beach. The forest is called Maliki Forest which still has a wealth of fauna and flora typical of Indonesia. The management has provided a special road for tourists to go to Papuma beach, so there is no need to be afraid to pass through this forest road.

Papuma Beach also known as the Tanjung Papuma beach because the position of the land juts into the sea resembling a cape. The view of Papuma beach is very beautiful with a treat of a combination of white sand and rocks that spread on the beach.

Seven large coral towering on the beach is the hallmark of Papuma beach. Their large size makes the reefs resemble an island. The seven corals have their respective names, namely Kresna Island, Batara Guru Island, Narada Island, Nusa Barong Island, and Kajang Island and Kodok Island because they resemble a frog.

When the waves start to recede, visitors can feel the sensation of standing on a rock and the wind that touches the face. However, you still have to be careful because the coral is rough and steep, so you can get hurt if you are not careful. Then, when the sea recedes you can also see fish chasing nimbly under the reef.

This tourist spot is a very suitable location for photographers to visit because it can capture landscape photos from the solid rock that towers over the beach. Not only that, it can also be a location for pre-wedding photos because of the many interesting spots. Thus, a little information related to the Captivating Scenery of Papuma Beach, Jember, East Java. Hopefully this can help those of you who are planning to visit there
Also read: 10 Exotic Beaches in East Java