7 Most Interesting Tourism in Ambarawa Semarang, Central Java, Most Beautiful Tourist Places – If you want to visit Semarang City in Central Java Province in the near future, then you can stop by a district which is rich in tourist attractions, namely Ambarawa. Ambarawa is the city of a railway museum, which also offers several choices of other tourist attractions, which are no less interesting. Ambarawa is currently a sub-district in Semarang Regency, Central Java. If you cross the Magelang-Semarang route then you will pass this Ambarawa City. Even though it is only a small sub-district in Central Java, the name Ambarawa itself is very familiar to the people of Central Java. This is because Ambarawa is a very historical city. In the past, Ambarawa was used as the capital of Semarang Regency which is currently located in Ungaran. During the Dutch colonial era, the role of Ambarawa City was also very central because this city was used as a connecting route for the cities of Semarang, Yogyakarta and Magelang, which at that time used the train. Therefore, there are many historical places that can be explored in Palagan City.

If you are curious about what are the 7 Most Interesting Attractions in Semarang, Central Java, then we will describe them below. 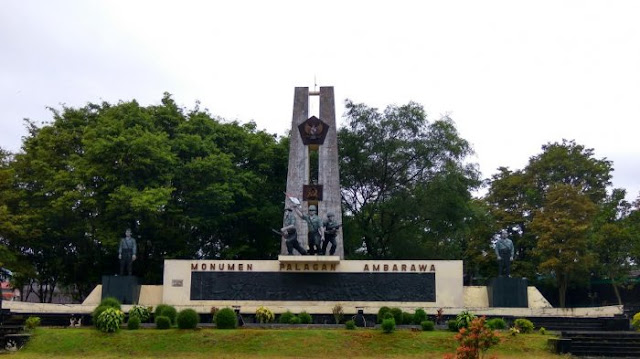 One of the famous Ambarawa tourist attractions is the Palagan Museum. This museum is one of the choices for favorite historical tours in Ambarawa. Have you ever heard of a battle called the Battle of Palagan Ambarawa? Palagan Ambarawa was a battle that took place on 12 December – 15 December 1945. At that time, Indonesia was controlled by the Allies after winning World War II. However, because of the persistence of Indonesian fighters, the Allied Forces, which previously controlled Magelang, were pushed back to Ambarawa. In Ambarawa, TKR under the command of Colonel Soedirman succeeded in destroying the Allied Forces which later that day, December 15, was celebrated as Infantry Day. In the Palagan Museum, various kinds of relics are stored in the Dutch and Japanese colonial times. 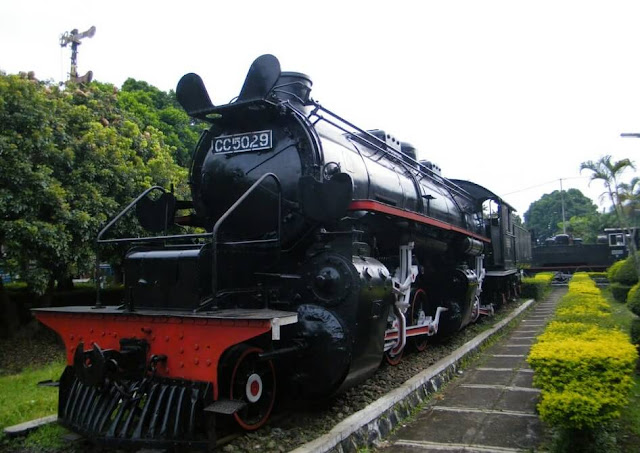 During the Dutch colonial period, Ambarawa was a Military City. To connect cities in Central Java, a Railway Line was made. Ambarawa city has an important role because it is a crossroads of Semarang, Solo and Yogyakarta. This Railway Museum used to be a Train Station which, due to inactivity, was converted into a museum. At the Railway Museum, visitors can see the former Railway Station building left behind by the Dutch and also feel the sensation of riding an ancient steam train. The location of the Ambarawa Railway museum is on Jalan Stasiun No. 1 Panjang, ambarawa, Semarang, Central Java. 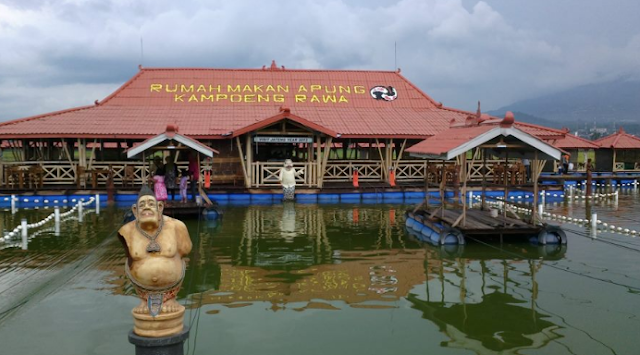 Kampung Rawa is one of the tourist attractions in Ambarawa and is also a relatively new tourist destination. This swamp village tourist attraction is a housing complex of a number of restaurant huts. If you want to come to this place, you don’t have to bother looking for it, because this place is located on the edge of the Ambarawa ring road. In addition, this place also has a distinctive feature, namely the building with a Joglo roof and its location in the rice fields and swamps so it is very easy to find. The interesting thing about Kampung Rawa is that the building is floating and is built on a kind of raft made of used plastic drums. If you come to Kampung Rawa Ambarawa you can eat a delicious culinary tour and you will also be treated to a view of the expanse of hills surrounding the swamp area. 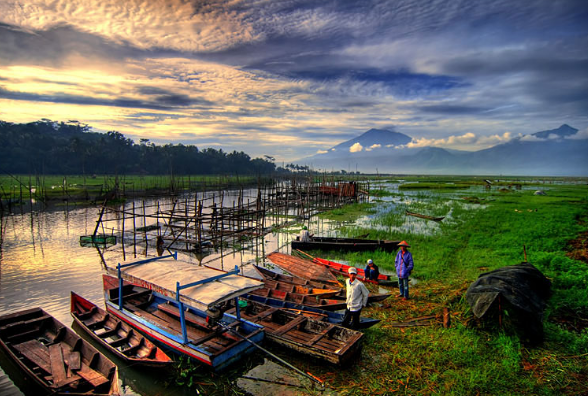 If you come to Kampung Rawa you can see this beautiful view of Rawa Pening. Rawa Pening is closely related to the city of Ambarawa, because the city itself comes from the word Amba which means broad and also Rawa. So the meaning of the city of Ambarawa is the vast area of ​​Rawa so that the existence of Rawa Pening itself is always associated with the history of Ambarawa in the past. If you are bored with the same tourist attractions, you can visit the Rawa in Ambarawa. So that you can enjoy this Swamp tourist attraction more, you can rent a boat to get around, then you can also see the water hyacinth plants which are neatly arranged to form a beautiful pattern. 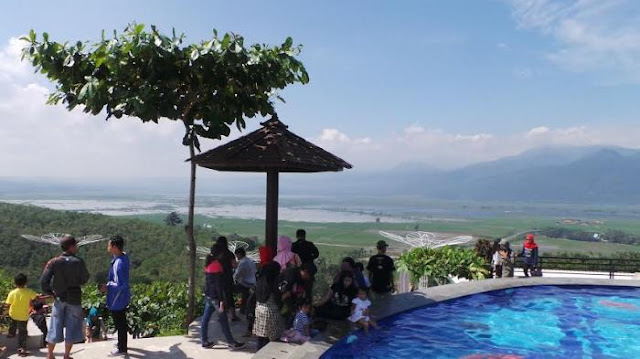 Eling Bening is one of the new tourist attractions in Ambarawa which is currently popular. Wsata is actually a resort that provides facilities in the form of lodging and also a place to eat on the hills. But lately many people want to feel the sensation of eating together on the hills by seeing the natural scenery in the form of Rawa Pening and also rice fields. Another facility that is also available at Eling Bening is a swimming pool with cool water. If you are interested, you can just visit Eling Bening’s address on Jalan Kartini Tambakboyo, Ambarawa, Semarang, Central Java. 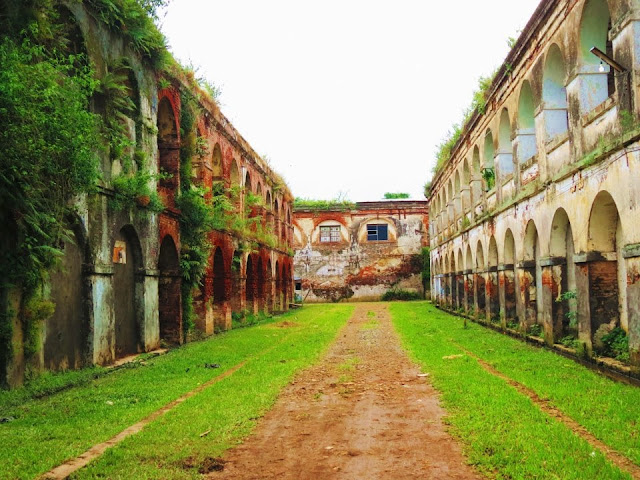 This fort has the official name Fort Willem I Fortress or also known as Pendem Ambarawa Fortress. If you cross the Mabarawa Amka ring route you can clearly witness the existence of this fort. This fort is one of the historical places in the city of AMbarawa. as we explained at the beginning of the article that Ambarawa is a strategic city. During the Dutch colonial period, this city had a very vital function, therefore it was important for the Dutch to build a fort in Mabarawa unguk to defend it from enemy attacks. This fort is located not far from the Railway museum and was built from 1834 to 1845. If you are a fan of historical places then you must visit Fort Willwm I in Ambarawa. 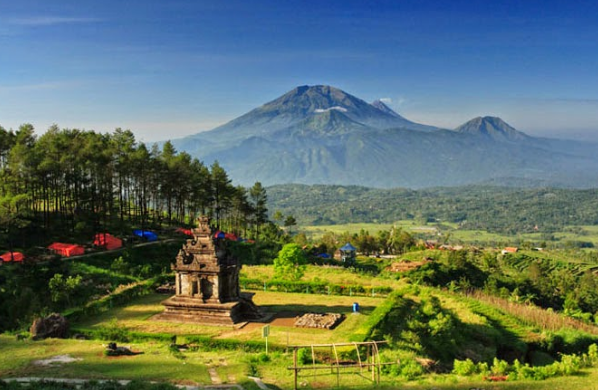 Not only historical tours in Ambarawa District, Semarang Central Java, but the natural attractions are also very stunning. Ambarawa sub-district has an area called Bandungan. In the area of ​​Bandung which has cool air, there are many tourist attractions that are very stunning. Tourist attractions in the Bandungan area include Bandungan Market, Gedong Songo Temple, New Bandungan Indah Water Park, Umbul Sidomukti, Susan Spa etc. We have discussed about Bandungan Tourism in an article entitled 10 tourism objects around the Bandung area. You can open the article link for more details.

So, for those of you who are interested in visiting the 7 Most Interesting Attractions in Ambarawa Semarang, Central Java, you can make this article a reference when you want to have a vacation in Ambarawa City. So, hopefully this is useful.
Also Read: Tourist attractions in Semarang Regency