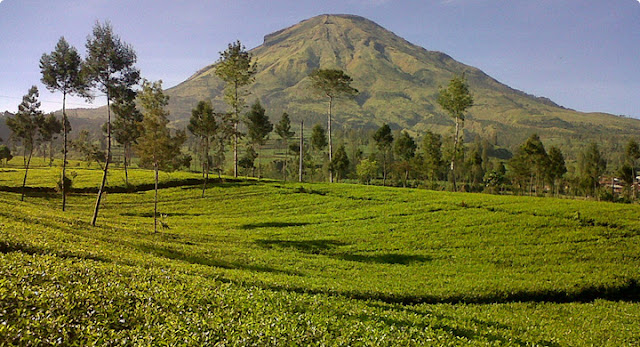 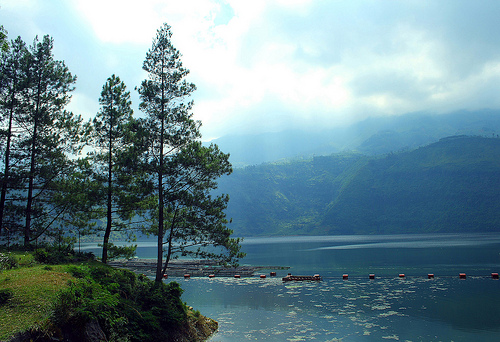 Menjer Lake is a lake located in Menjer Village, Garung District, Wonosobo Regency, which is one of Wonosobo’s natural attractions. Wonosobo Tourism Telaga Menjer is about 12 km from Wonosobo City towards the Dieng Plateau. Menjer Lake is a lake formed by volcanic processes and is located at an altitude of 1300 masl on the slopes of Mount Pakuwaja. Telaga Menjer area itself is 70 hectares and a depth of up to 45 meters. Around Menjer Lake, there are hills with some green pine plants that add to the beauty of Menjer Lake, Wonosobo. 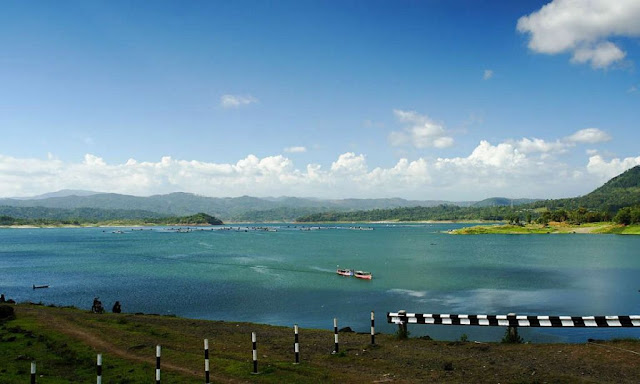 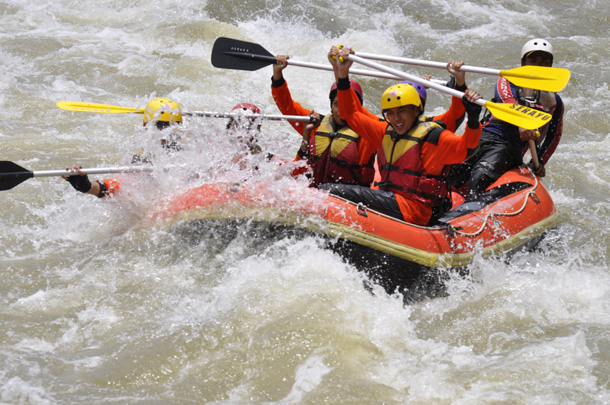 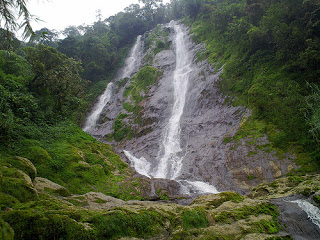 Sikarim Waterfall can be said to be a hidden tourist spot in Wonosobo Regency. To reach the location of Sikarim Waterfall, visitors must first pass through the bush. However, when you arrive at the location, you will be treated to a beautiful view of a waterfall with the background of the Sikunir hill. This waterfall has a height of 4 meters. If you are interested, you can visit Mlandi Village, Garung District, Wonosobo, Central Java. 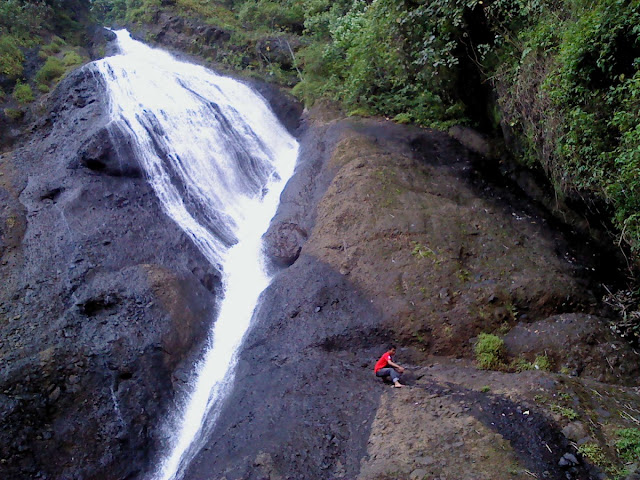 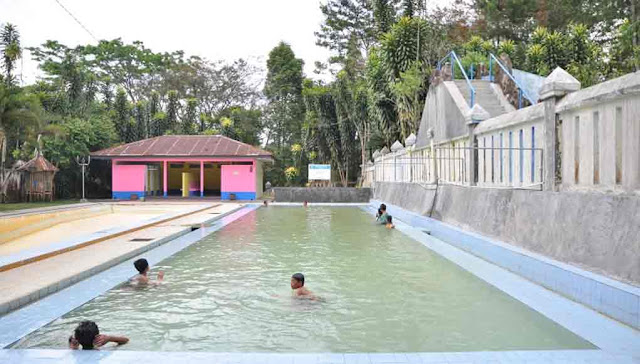 The Kalianget Hot Spring is located on Jalan Raya Wonosobo – Dieng, precisely at Km 3, Kalianget Village, Wonosobo Regency. Kalianget Wonosobo tourist water bath is quite easy to recognize because it is on the path to Dieng Plateau tourism. We know that in the Dieng Plateau area, there are many phenomena that originate from volcanic activity. One of these volcanic activities is also found far from the Dieng Plateau itself, namely in the Kalianget Hot Springs, where there are natural hot springs. This Wonosobo hot spring tour in the form of the Kalianget Hot Spring contains sulfur which is believed to cure various skin diseases. If you are interested in coming to this tourist site, you don’t need to worry because this place has been well developed, even the parking lot is very large. 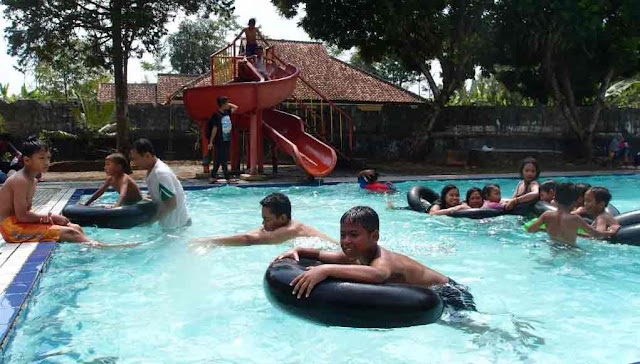 Swimming using natural springs will give a fresh and comfortable impression. Unlike when swimming in a swimming pool that uses processed water, you will certainly be disturbed by the unpleasant smell of chlorine. You can find swimming with natural springs at the Mangli Swimming Pool, Wonosobo Regency. For Wonosobo residents, this Mangli Swimming Pool is certainly no stranger, because its location is still in the Wonosobo City area. This pool on Sundays and holidays is visited by many tourists, most of whom are still from Wonosobo itself. Mangli Swimming Pool is perfect for spending holidays with your beloved family. 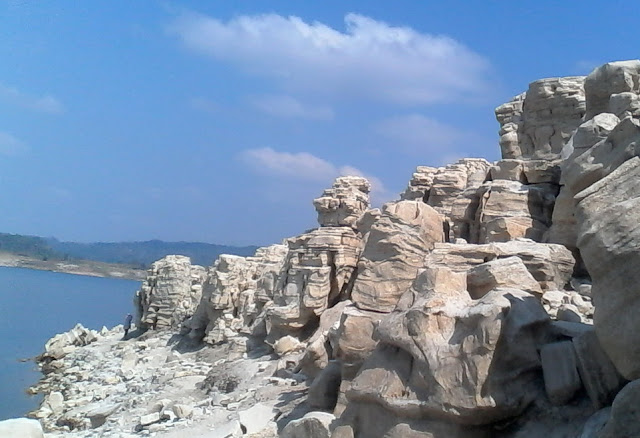 Wonosobo Lobang Sewu tourism is currently a trend in society. Sewu hole has a view like the Grand Canon in Colorado, United States. But the difference is that in Wonosobo the cliffs are originally from limestone. This limestone is found in the Wadaslintang Reservoir Area. The clusters of limestone cliffs form so many holes that the local community named it Lobang Sewu. Because of its beauty, finally many visitors come to see and take pictures in the Sewu Wonosobo area. The location itself is in Erorejo Village, Wadaslintang District, Wonosobo Regency, which is one of the newest Wonosobo tours. 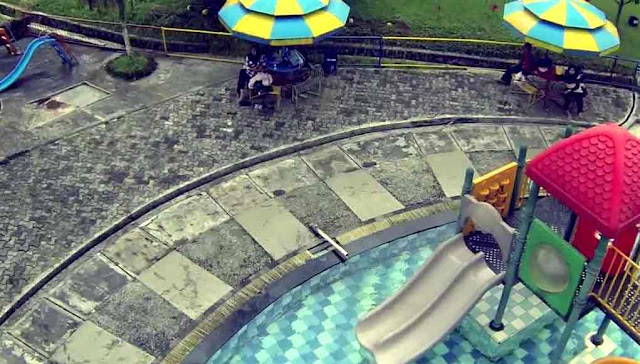 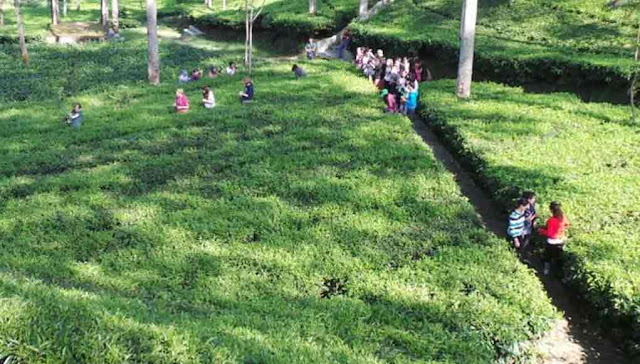 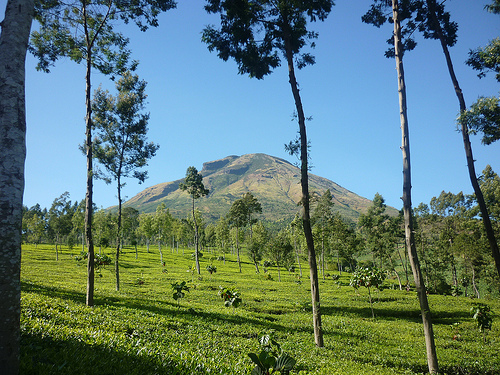 Mount Sindoro and Mount Sumbing are two mountains that are widely used as mountain climbing locations for hikers and nature lovers. Mount Sindoro and Sumbing are on the border of Temanggung and Wonosobo Regencies. In this article we will discuss climbing Mount Sindoro and Sumbing through the route in Wonosobo Regency. To climb Mount Sindoro, the most common route is the route via Kledung and Sigedang. The Sigedang line is located in Sigedang Village, Tambi District, Wonosobo Regency. The Sigedang route has a very special view because it passes through a very beautiful tea garden. To reach the village of Sigedang from the direction of Wonosobo, you can take a bus heading for Dieng, get off at the Rejosari T-junction heading to Tambi. For climbing Mount Sumbing, climbers usually take the route at Garung Wonosobo, Cepit Temanggung and Mangli Magelang. The Garung climbing route is arguably the busiest. To climb Mount Sumbing via this route you have to take a route of about 7 km and can be reached in normal time around 7-8 hours. The thing to remember is that climbing mountains wherever you are, requires special skills. Therefore, try to climb the mountain by forming a group and someone must be experienced on the mountain so you don’t get lost.