12 tourist attractions in Batang most favored by tourists

Batang Regency has enormous tourism potential, because it has a very diverse geography. This tourism potential, if developed seriously by related parties, will improve the welfare of the community in Batang Regency in general. Batang Regency has a border with the Java Sea, so it has a number of beaches that can be used as tourist objects. In addition, there are also forest areas and hills with beautiful views. Here are 12 tourist attractions in Batang most favored by tourists in full: 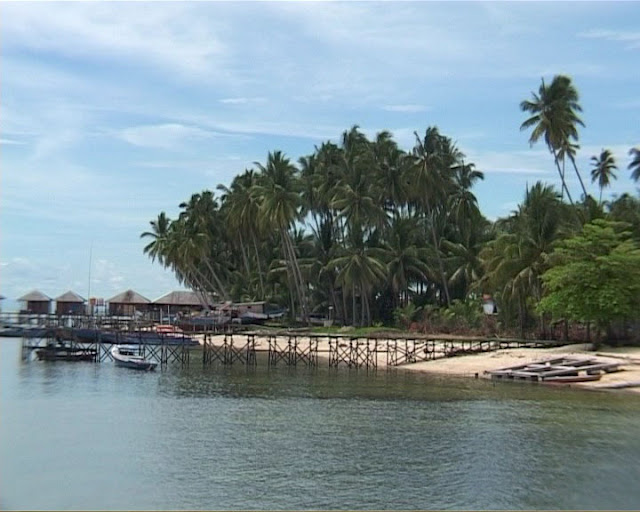 Batang Regency has several beaches that are very potential to be used as tourist attractions. One of the most beautiful beaches in Batang is Sigandu Beach. In addition to the beautiful scenery, if you visit Sigandu Batang Beach, you can also enjoy some of the facilities that have been prepared, such as playgrounds, restaurants, motocross circuits, etc. Another one that is a mainstay at Sigandu Beach is the Batang Dolphin Center, which is a dolphin show managed by Taman Safari Indonesia. The dolphin show at the Batang Dolphin Center is held only at certain hours. Don’t forget to also enjoy various kinds of seafood that are sold by many cafes around Sigandu Beach. If you are interested in visiting Sigandu Beach, you can come directly to Sigandu Beach which is located at Klidang Lor Village. If taken from Batang City, it takes about 2 km to the north.
(Read: Tour to the beautiful Sigandu Batang Beach ) 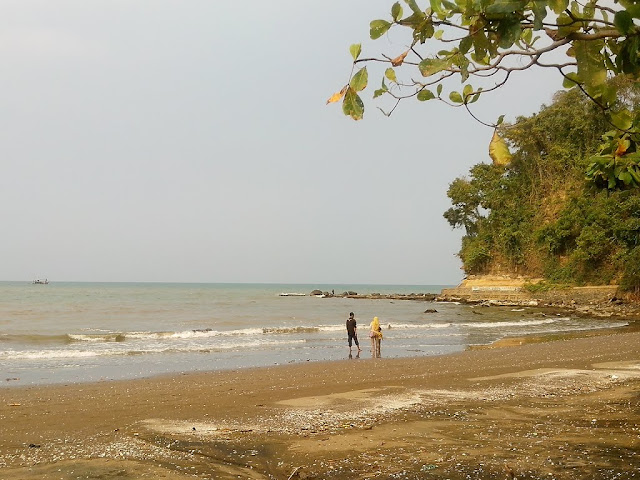 Ujung Negoro Beach is a tourist spot in Batang which is a famous beach with natural scenery in the form of coral cliffs on the beautiful beach. On this beach, besides being famous for its beautiful scenery, there are also several historical places, namely a tomb of Syeh Maulana Maghribi. On Ujungnegoro Beach there is also a cave which is named Aswotomo Cave. According to local people’s beliefs, this cave reaches to the Dieng Plateau. The location of Ujungnegoro Beach itself is in Ujungnegoro Village, Kandeman District, Batang Regency. 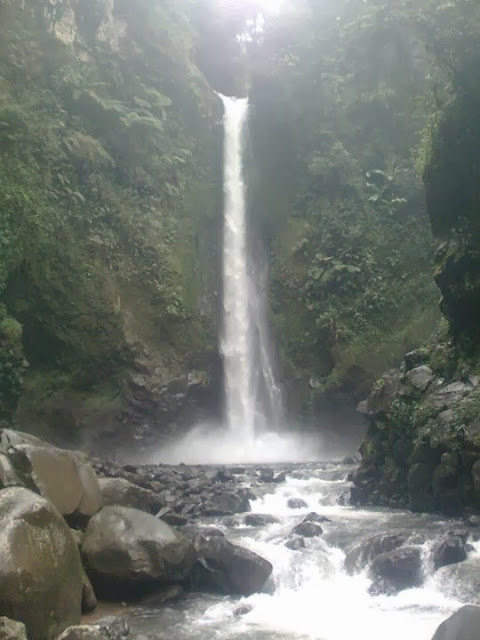 Curug Genting, located in Blado District, Batang Regency, has a very exotic view. This waterfall has a height of 40 meters and has an unspoiled view and there has not been much improvement from the related agencies. One of the highlights of this Genting Batang Curug Tour is its beautiful scenery and surrounded by pine trees around it. 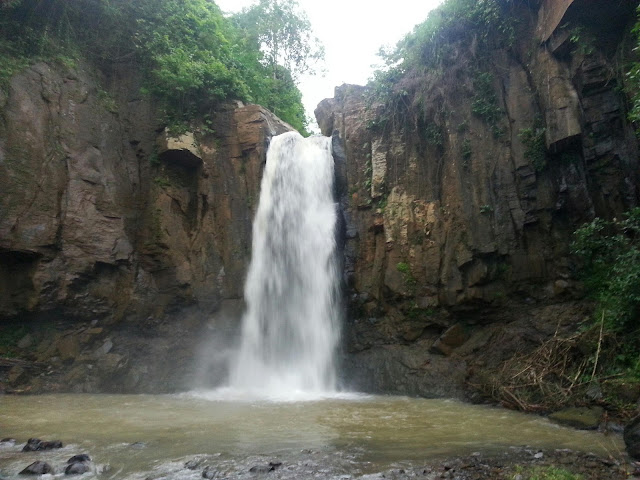 One more waterfall in Batang, Central Java, namely Curug Gombong which is precisely located in Gombong Village. The location of Curug Gombong itself is somewhat hidden and not many tourists have visited it, but it cannot be used as a measure of the beauty of this Gombong waterfall. If it is seriously developed by related parties, it is not surprising that Curug Gombong in Batang Regency can be visited by many tourists. 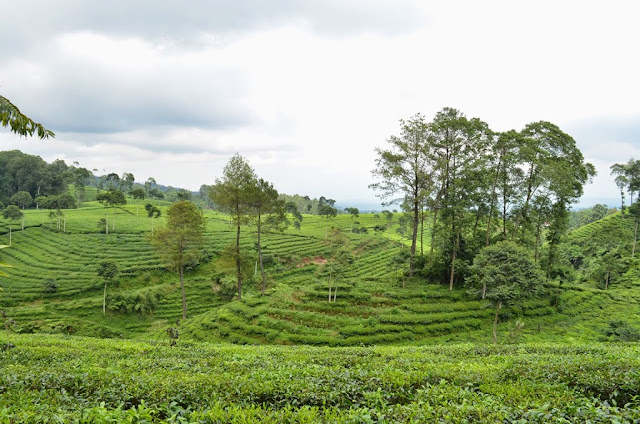 What is very interesting about Pagilaran is the large tea garden with a similar view on Puncak Bogor. however, recently in the Pagilaran area it was developed as a playground with the concept of agro-tourism. Pagilaran agro-tourism is located in Bawang Village, Blado District, Batang Regency. The area of ​​this agro-tourism is about 1,131 ha. In this tourist spot, visitors can enjoy various game venues and there are also guesthouses, home stays, meeting rooms and meeting rooms, etc. 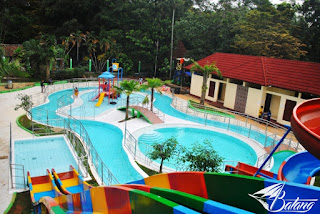 Eco Park Bandar is a swimming pool that also has several water games in it, so this swimming pool is perfect for a vacation with family. The airport swimming pool is located in Wonokerto Village, Bandar District, Batang Regency. Apart from having fun water games, what is unique about the Bandar Swimming Pool is that the water comes from natural water sources, so that it makes this pool very clear and painless in the eyes. 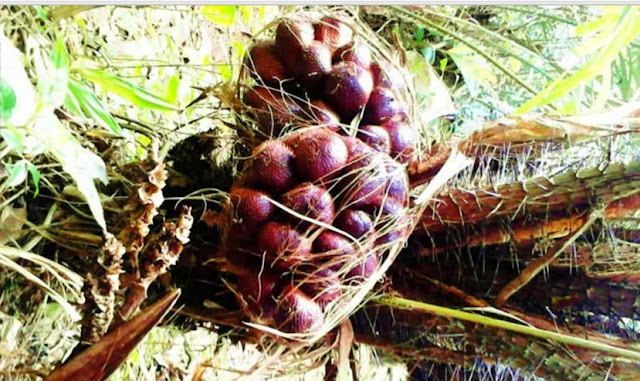 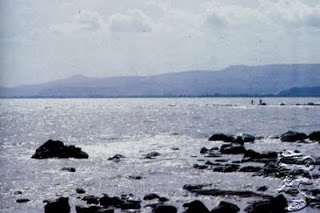 One more beach tourism object in Batang Regency, namely Pantai Pelabuhan. Harbor Beach is located in Ketanggan Village, Gringsing District, or the distance from the center of Batang City is 50 km. This harbor beach is often used as a fishing location, so if you have a hobby of fishing, don’t miss the fishing experience if sea water is on this port beach. 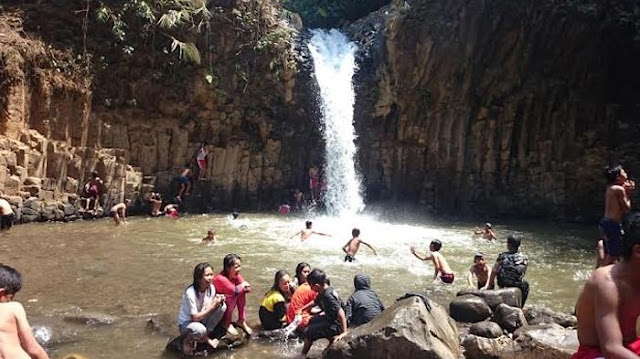 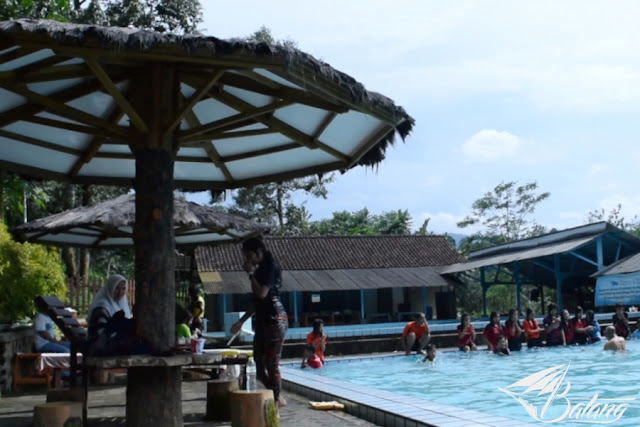 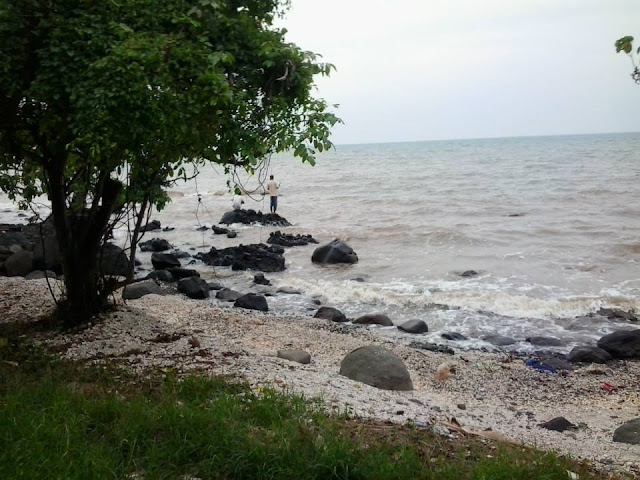 Another beach tourist spot in Batang Regency is Celong Beach, which is located in Mangunsari Village, Banyu Putih District, Batang Regency, Central Java. The location of this beach is approximately 7 km from the Batang Pantura Line. Along the road to the beach there are many trees such as randu trees, rubber etc. This gives the impression that this beach is hidden from the hustle and bustle of the city. This is what makes Celong Beach still of little interest to tourists, especially from outside the region. If you want to make Celong Beach a busy tourism destination, you need to do a lot of improvements both at the tourist location itself and also the road access to this Celong beach. 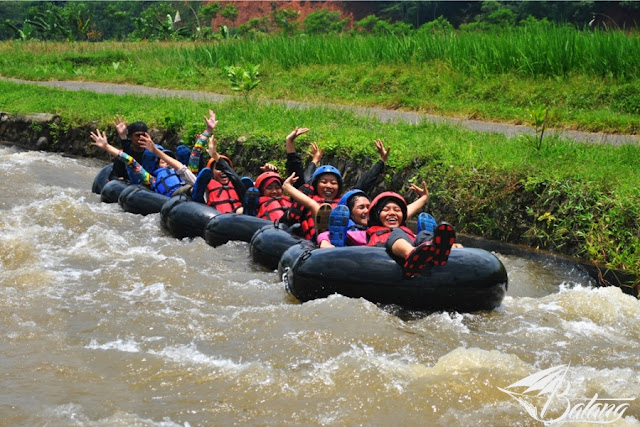 In fact, Batang Regency does not only have tourism objects in the form of a beach and a waterfall, but there are other attractions that are no less exciting and interesting, namely a tourist attraction in the form of rafting using tires or also often called the Pandansari river. This rafting tour in Batang is located in Pandansari Village, Warungasem District, Batang Regency, Central Java Province. This rafting has clear water and a fairly challenging current so that it is in great demand by visitors from both Batang Regency itself and the surrounding area. To enjoy this rafting facility, you can take the Fun Tubing package at a cost of Rp. 45,000, – per person, min. 10 people. The facilities you will get are meals, tubing equipment (tires, life jackets, helmets, shoes), local transportation, guides, soft drinks and Opak Sambel. Apart from tubing in Pandansari, you can also do camping and outbound activities.

That was the information 12 Tourist Attractions in Batang Regency Most Liked by Tourists. If you are in Batang or are crossing the Batang line, don’t forget to try some of the top tourist attractions above.