12 Most Attractive Tourist Attractions in Kendal Regency, The Most Beautiful Tourist Places – Kendal is the name of a district located in Central Java Province. Kendal Regency is directly adjacent to the City of Semarang, so that the City of Kendal is widely referred to as one of the Satellite Cities of Semarang City. Kendal Regency is directly adjacent to the Java Sea in the north, bordering Semarang City in the east, bordering Semarang Regency and Temanggung Regency in the south and bordering Batang Regency in the West. Because it is bordered by the sea, there are several areas in the form of beaches, and some of them are used as very potential tourist attractions. Apart from being used as tourism, several beaches in Kendal Regency are also used by the Kendal people to go to sea to look for fish. In Kendal Regency, sea alms events are often held which are carried out by residents around the coast so that their fishing results are always abundant.

In this article, we will discuss the 12 most interesting tourist attractions in Kendal Regency to visit as an alternative to spending the holiday season with family members. The following are selected tourist objects in Kendal Regency.

1. The Sea Beach of Light 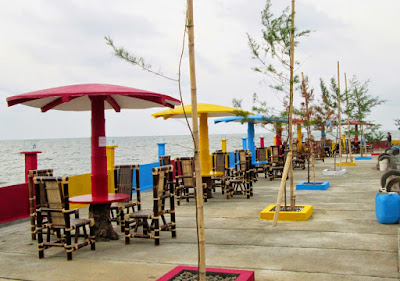 Kendal Tourism The Sea Beach of Light is a tourist spot in which there are various kinds of children’s games, beach recreation parks, dolphin entertainment shows, water park pools, family entertainment stages, forest tourism and mini zoos. The location of The Sea Pantai Cahaya itself is in Sendang Sikucing Village, Rowosari District, Kendal Regency. So The Sea Pantai Cahaya offers a very complete tour, because in this tourist spot you can enjoy the beautiful beach from the gazebo that is built on the shoreline, you can also enjoy children’s rides which are definitely fun and very popular with our children. 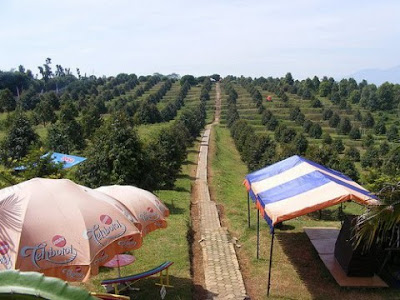 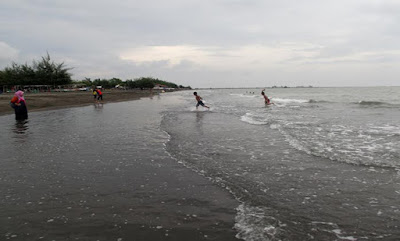 This Ngebum Beach tourist attraction in Kendal has the same name as Ngebum Beach in Pekalongan City. Ngebum Beach is located in Mororejo Village, Kaliwungu District, Kendal Regency, Central Java. This beach has a beautiful view, which is brown sand and comfortable for swimming. On the beach there are many people who rent out life jackets for our children. But still, you have to be careful, don’t swim too deep on the beach because it will be dangerous. 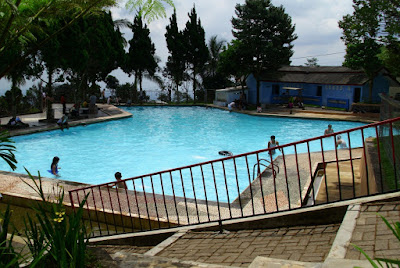 Gonoharjo Hot Spring Tourism Destination in Kendal is one of the popular natural attractions in Kendal Regency. This Gonoharjo Hot Spring Tour is also known as Gonoharjo Hot Spring Water. As its name clearly shows, in this bathing object there is a hot spring and a hot spring pool. The location of this bath is deep in the forest and surrounded by very cool trees. The location of the Gonoharjo bath itself is in Gonoharjo Village, Limbangan District, Kendal Regency. Citra Asri Hot Spring is a familiar tourist spot for residents of Semarang and its surroundings. Citra Asri Hot Springs can be reached by following the Semarang-Boja route. At the Citra Asri Hot Spring, various supporting facilities have been built such as swimming pools, fishing, various kinds of villas, parking lots, cold water swimming pools, hot water pools, toilets, mini zoo, camping ground, children’s toys, restaurant, fishing pond, flower garden, outbound arena where lodging. 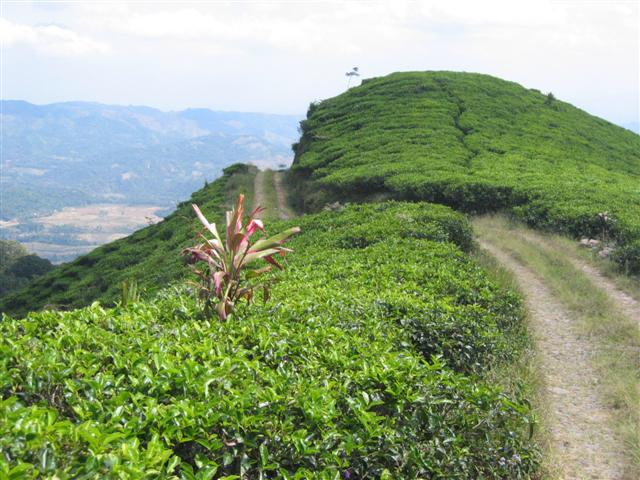 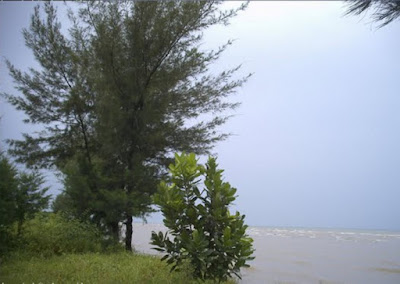 Apart from the famous Ngebum Beach, Kendal Regency also has other beach attractions, namely Jomblom Beach. Jomblom Beach is visited by tourists, especially on Sundays and school holidays. At Jomblom Kendal Beach, you can see the lush mangrove or mangrove plants that are used to keep out quite large waves. Besides seeing the beautiful scenery, visitors can also fish on the beach. If you are interested in visiting Jomblom Beach, you can visit it at the address of Margorejo Village, Cepiring District, Kendal Regency. 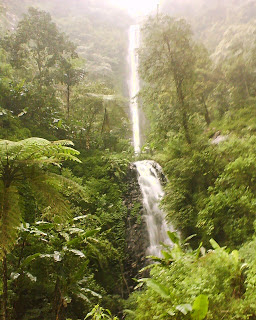 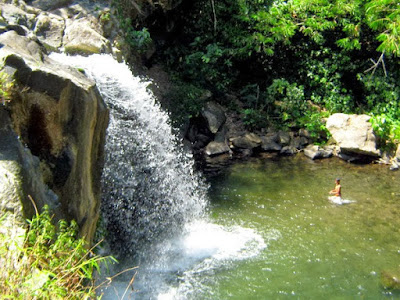 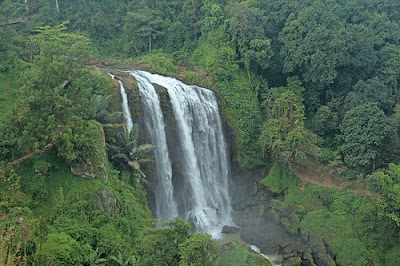 Another tourist location in Kendal Regency which presents a very beautiful and exotic natural beauty, namely Sewu Waterfall. Sewu waterfall is located in Curug Sewu Village, Patean District, Kendal Regency, Central Java Province. Sewu waterfall in Kendal Regency can be said to be a unique natural tourist spot because in this place there is a waterfall with the largest discharge in Central Java and there are several levels. To enter the waterfall area itself, visitors need to walk along the path, but the distance is not too far. Around Sewu waterfall, several supporting facilities have been built such as parks, mini zoos, entertainment stages etc. 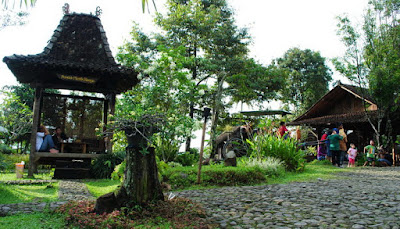 Kendal Regency is indeed very rich with natural tourist attractions. In this regency, there are various kinds of natural attractions that are very indulgent for people who expect entertainment. One of the natural attractions that is also unique is Kampoeng Djowo Sekatul Tourism Village. Kampoeng Djowo Sekatul Tourism Village is located in Mergosari Village, Limbangan District, Kendal Regency. This Kendal Kampoeng Djowo Sekatul tour offers a very attractive vacation spot, where visitors are treated to a very beautiful rural atmosphere complete with several houses that still have traditional dancing. But not only that, visitors can also enjoy other supporting facilities such as lodging, out bond, camping ground, flying fox etc. 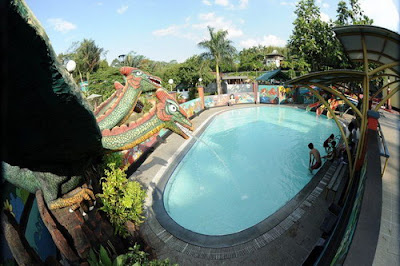 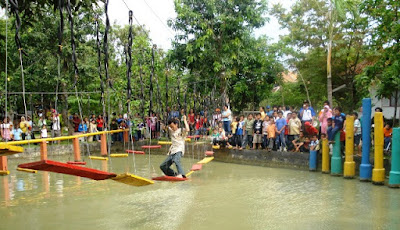 One more playground in Kendal Regency, namely Tirto Arum Baru Agrotourism. Tirto Arum Baru Agrotourism offers various kinds of facilities which are certainly very interesting to enjoy, especially for those of you who intend to take your family on vacation or office groups who want to travel and relax from a very tiring work routine. Agrowisata Tirto Arum Baru is located on Jl. Soekarno Hatta KM 2.7, Kendal City or on the main road of Semarang – Jakarta. There are various kinds of facilities available at the Tirto Arum Baru Kendal agro-tourism, including a large swimming pool, a restaurant with lesehannya, fishing grounds, hotels with complete barracks for groups, outbound facilities including rafts, rides in muddy rice fields, flying fox, futsal and volleyball arena, open and closed meeting rooms, atv arena, mini zoo and also reflexology street.