12 Best Tourist Attractions in Brebes to Spend a Vacation

12 Tourist Attractions in Brebes that are Great for Spending Holidays, Most Beautiful Tourist Attractions – Brebes Regency is one of the districts located in Central Java and directly adjacent to Cirebon Regency, West Java. Due to its location which is close to West Java, there are some people who use Sundanese as their daily language besides Javanese, of course. The Javanese language in Brebes has a distinctive dialect which people usually call ngapak. Indeed, this is one of our cultural treasures that we must preserve together.

Talking about Brebes Regency, it cannot be separated from their two superior culinary products, namely salted eggs and red onions. Yes, Brebes is famous for its salted egg production. If you cross the city of Brebes, you will find many typical Brebes souvenir vendors along the way, which of course have salted eggs. But in the tourism sector, Brebes Regency also has a variety of tourist attractions that are no less interesting than other regions. Tourist attractions in Brebes and its surroundings always attract travelers to visit and enjoy its beauty. In this article we will discuss 12 Tourist attractions in Brebes Great For Spending Holidays. 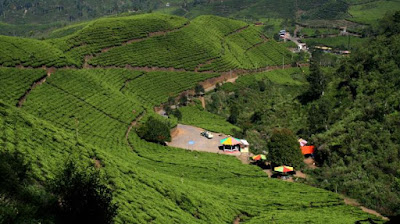 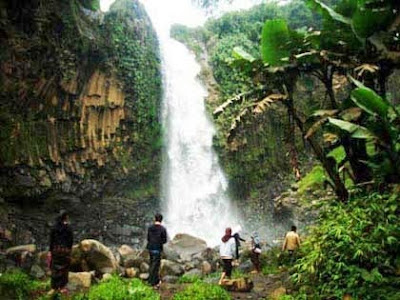 Nature tourism in Brebes Regency is no less beautiful than other areas. One of the natural attractions in Brebes is Curug Putri. Curug Putri has a beautiful view, namely a 35 meter high waterfall where around the waterfall there are cliffs as if there are carvings on the surface. To get to the tourist location of Brebes is still quite difficult because you have to walk first before arriving at this tourist location of Curug Putri. The address of Curug Putri itself is in Dukuh Padanama, Mandala Village, Kec. Sirampog, Kab. Brebes 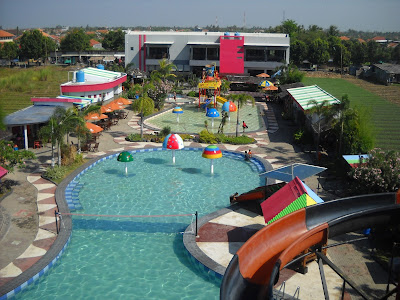 As can be seen from its name, Ciblon Waterboom is a flagship waterboom in Brebes Regency. This family tour in Brebes is perfect for visiting with your family, especially when the holidays arrive. In this waterboom you can enjoy the atmosphere of an exciting swimming pool with a 12 meter high slide. There is also a spilled bucket game that will add to the excitement of this swimming pool. The location of Ciblon Waterboom itself is on Jalan Yos Sudarso, Brebes City 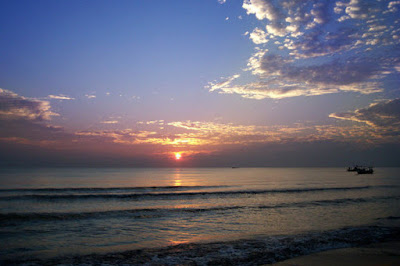 The geographic condition of Brebes Regency which faces the sea causes a beach located in Brebes Regency. One of the beach attractions in Brebes is Randuanga Beach. This beach is relatively close to the Pantura route because it is only about 7 km away. The most interesting view of Randusanga Beach is its charming sunset. Therefore, Randusanga beach is visited by many tourists, especially in the afternoon. Apart from enjoying the beautiful scenery of Randusanya Beach, you can also enjoy various kinds of facilities such as children’s toys, fun stage, motor racing arena, camping ground, cafe and restaurant. 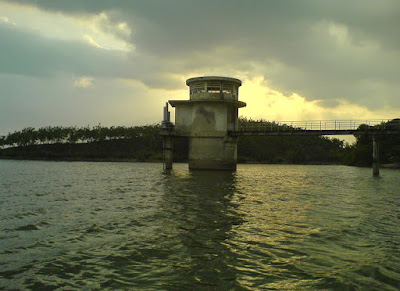 In Brebes Regency, there is also a reservoir named Malahayu Reservoir. As in other reservoirs, this Malahayu Reservoir Brebes Tourism also has a function as a place to collect water which can then be used for irrigation in rice fields. However, because the scenery in this place is beautiful, many residents come to this place to enjoy the scenery around the reservoir. In the afternoon, especially during the holidays, many visitors are in this reservoir. 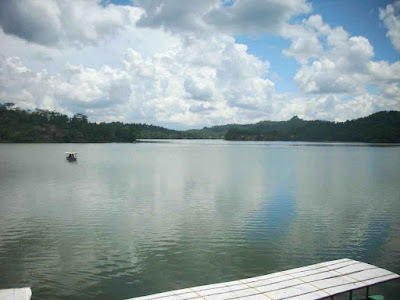 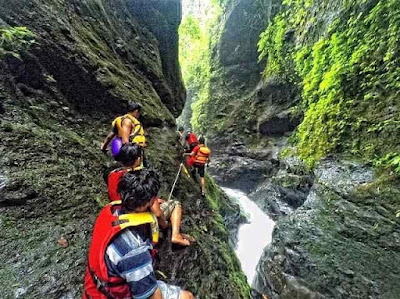 Want to have an adventure in Brebes Regency? Very possible, you know. In the southern part of Brebes there is an adventure tour with very good views. This place is called Ranto Canyon. Ranto Canyon is a river that has high and steep cliffs that are very challenging to traverse. For those of you who do not like heights, it is not advisable to travel to Ranto Canyon. The river that was used as a tourist attraction was originally named Leuwih Ranto, only later by the visitors it was named Ranto Canyon because it has a view similar to Green Canyon in Pangandaran. Are you curious? If you visit Ranto Canyon you can do activities including swimming, cliff diving and bodyrafting with a 750 meter long track. 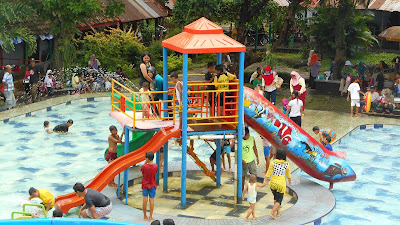 In Brebes Regency there is a sugar factory called PG Jatibarang which is managed by PT Perkebunan Nusantara IX. In addition to having a business field of milling sugar cane into white sugar, PG Jatibarang also expanded its business field, namely creating an agro-tourism. The location of agro-tourism itself is in the former administrative office or often referred to as Mbesar. Therefore, the agro-tourism that was created is called Agro-tourism Mbesar. With a fairly cheap entrance fee, only 3000 rupiahs you and your family can have fun enjoying facilities such as a tourist train, fish therapy pool, flying fox, swimming pool and ontel boat. 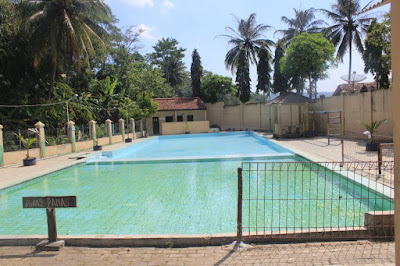 The next tourist spot in Brebes is the Tirta Husada Hot Spring. This bathhouse is located in Kedungoleng Village, Bantarkawung District, Brebes Regency. In this place, of course, there are natural hot springs which are later built into public baths. Visitors can feel the sensation of soaking in a hot pool which is believed to cure various diseases. The Tirta Husada Hot Spring has built various facilities such as children’s swimming pools, VIP bathrooms and showers, and there is also a cafe and family karaoke. 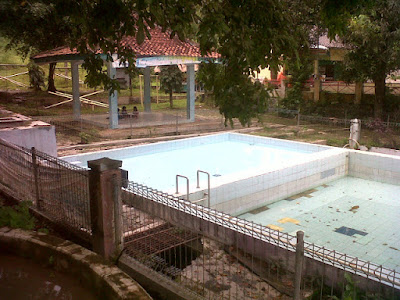 One more tour of Brebes with hot springs, namely the Cipanas Buaran Hot Spring. This bathhouse is located in Pengebat Village, Bantarkawung District, Brebes Regency. The view at Cipanas Buaran baths is quite beautiful because of its location around the hills where there are pine trees around it. The air around the baths is also very cool, adding to the distinctive mountain atmosphere. 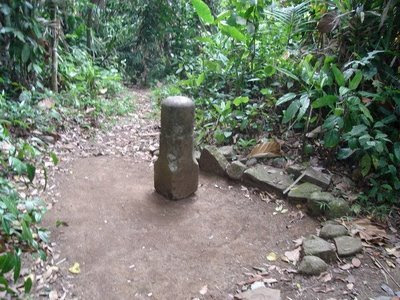 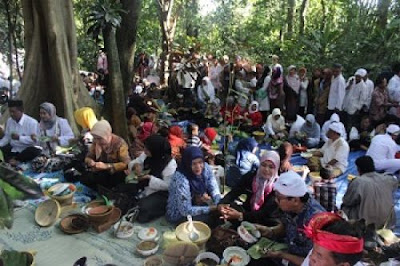 Brebes Regency is a regency that still preserves various kinds of traditional customs. If you want to seriously learn the customs of the Brebes people, you can visit Ciseureuh Tourism Village. One of the traditional events that are still often held in this village is the Ngasa Ceremony which is held every Kliwon Tuesday. This Ngasa ceremony is a form of gratitude to God Almighty for all the gifts that have been given to the community. Ciseureuh tourism village itself is located in Padukuhan Jalwastu, Ciseureuh Village, Ketanggungan District, Brebes Regency.

That was the 12 tourist attractions in Brebes that are good for spending holidays. Once again we remind you that the original local product from Brebes Regency is salted eggs. Therefore, after going around enjoying the leading tourist attractions in Brebes, don’t forget to bring souvenirs from Brebes, especially the salted eggs that are often sold in the typical Brebes souvenir centers along the Pantura Brebes road, Central Java.